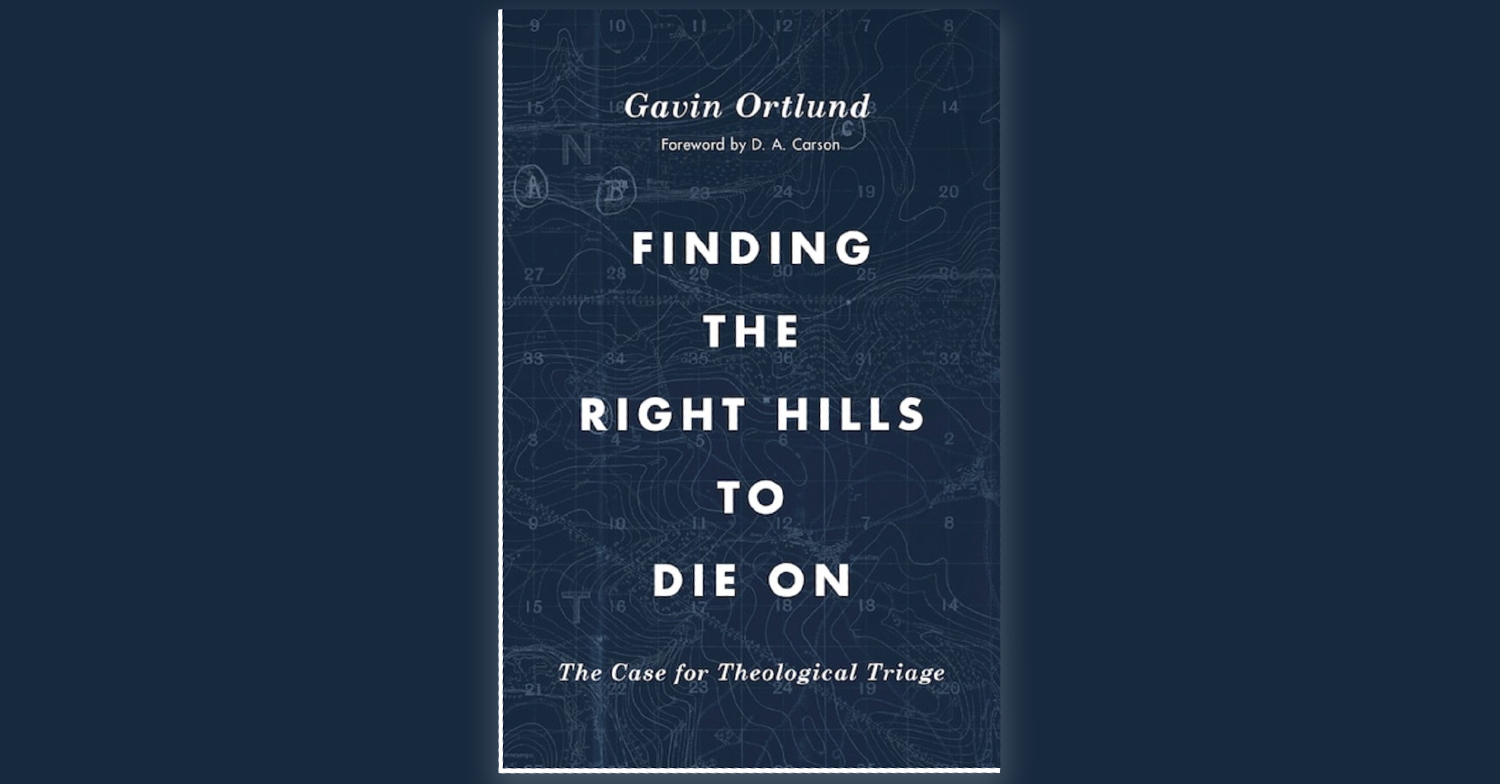 What holds us together as a church? The quick answer, and one that I have often mentioned in the last couple of years, is the Holy Spirit and the Gospel. In a world where division over politics and masks and vaccines is rampant, we base our unity in the common sharing of the Holy Spirit, given to us by Christ (1 Corinthians 12:12-13). However, we can also recognize that there are believers who we are united to through the Gospel, and yet who have such different ideas about other aspects of faith that being part of the same local church probably won’t happen. Or others whose beliefs are so different we wonder if we actually are united by the same Gospel. How can you tell where unity is no longer possible? Which issues are too big to overcome? Which hills are we supposed to die on?

When I was in Victoria for a few days in April with a number of other pastors from our denomination, this question came up. What are the issues in our Baptist General Conference where there’s room for difference, and which issues are non-negotiable if we are to participate together in this movement? One of the pastors mentioned a book that he had read recently which was exactly about these questions. It’s a book called “Finding the Right Hills to Die On”, by Gavin Ortlund. I read it over the last few weeks, and now you get to read my take on what I read!

The big idea here is what Ortlund and others have called “theological triage”. Triage, as you might know, refers to the medical practice of determining which patients are most in need of immediate attention. Given all the demands and the limited time and resources available, where do we need to focus? This is what we need to do with theological issues: we have a mission. There is work to be done. We can’t sit around endlessly parsing out every possible issue. We need to discern which matters are most essential, and which ones, while still important and worthy of our consideration, can in some sense wait.

There’s a well known phrase (mistakenly attributed to St. Augustine) that goes like this: in essentials unity, in non-essentials liberty, and in all things charity. However, Ortlund goes beyond this and instead of two categories (essential and non-essential), he identifies four. First-rank doctrines are essential to the Gospel- these are the ones where disagreement entails something other than historic Christian faith (he identifies the Trinity and the virgin birth here). Second-rank doctrines are important enough that they usually cause Christians to separate in terms of denomination or local church, even if they remain united by faith in Christ (Ortlund gives baptism and the use of some spiritual gifts as examples). Third-rank doctrines are important to theology, but not enough to justify division in any way (Ortlund has views about the millennium in Revelation 20 and the creation days of Genesis 1 here). Fourth-rank doctrines are altogether unimportant to our gospel witness (Ortlund doesn’t list anything here, I guess because…they’re altogether unimportant).

What Ortlund wants to encourage us in is wisdom and discernment. He wants us to cultivate humility and unity, as well as courage and conviction. He sees the danger in not being willing to die on the right hills as well as the willingness to die on the wrong ones. He quotes Martin Luther, who wrote that “softness and hardness…are the two main faults from which all the mistakes of pastors come” (and, Ortlund is quick to add, of all Christians!).

Finding the Right Hills to Die On is a really well-balanced, concise book that is desperately needed in our time. The church in the West has undergone a series of shocks to the system over the last couple of years. Believers have divided over all kinds of issues not central to the Gospel, even as many other churches have betrayed the core of the Gospel and hastened a departure from biblical Christian faith. So on the one hand, this book is really timely. However, it’s in another sense timeless. Rather than identifying where every current hot-topic issue lands in his four-tier system, Ortlund focuses on the heart of a believer in interacting with other believers. For that reason, this is one of the best calls to authentic Christian unity I have read. It’s realistic and balanced treatment shines through.

Having said that, I found myself wishing that Ortlund would share his thoughts about where some current hot-topic issues rank. Where does our theology of sex, or of gender, fit into this? Is the doctrine of biblical authority a first-rank or second-rank issue, or even a third? Where do differences regarding “health and wealth” preaching land? He limits the number of concrete issues he discusses, and doesn’t touch on some that will probably be forefront in a lot of people’s minds. I think I can understand why. Perhaps he’s trying to give us tools to address those questions on our own, without instantly losing those who might think differently. He also wants to keep the book to a manageable length, which would prove challenging if he were to address every doctrinal issue on people’s minds!

“The divisiveness surrounding a doctrine involves not merely its content but also the attitude with which it is held. The greatest impediment to theological triage is not a lack of theological skill or savvy but a lack of humility.” (pg. 146-147)

Accessible (can almost anyone pick it up and understand it?): 5 / 10

Beneficial (will people benefit from reading it?): 9 / 10

Fresh (does it cover new ground or provide new insights on familiar topics?): 8 / 10

Best readers: those who are wrestling with Christian unity in light of differences with other believers